"Especially, if he is non-Japanese, I tend to cover it out by laugh even if I feel like refusing" (Rie 29)

This is not merely shyness, but one of Japanese virtue

"Self-assertion should be refrain",

We Japanese grew up with such an ethical education
in order to be KIND to others!
Japanese people tend to do not assert themselves,
the reason is not merely silly shyness.
For Japanese,
someone cannot refrain himself/herself seems foolish.
Someone cannot prioritize others first seems selfish.

You know,
Japan is very unique in culture, thoughts, and education...

What made Japan such unique?

The Japanese race's rates are 98%
in this island country Japan.
Moreover, Japanese people used to live in self international isolation for around 260 years long!

Over 260 years!
Are you familiar with any other countries like that?

As side information, Japan joined the International Convention on the Elimination of All Forms of Racial Discrimination of the UN at last in 1995,
it's only 25 years ago very recent.

Unfortunately,
Japan is not used to the diversity yet because of that.
And, above all, generally we Japanese proudly loveour own unique culture or characteristics.

So, the world's common sense or standard is mostly uncommon in Japan yet.

Avoiding saying "No" in order to prioritize others/atmosphere.

Depend on the generation, we were raised taking slightly different education about virtue in Japanese society, but, generally, we Japanese have been educated to prioritize others over self-assertion.

In Japan, cooperativeness or harmony is valued than individuality or self-assertion.
One of the important keywords in Japanese society is
"Kuuki wo yomu (空気を読む)",
the direct meaning is "Read the air" in English.

Unlike many other countries, in Japan,
"to read between the lines" or "to go with the flow" is more preferred than a healthy argument or assertion.
That leads to a well-known tendency
"Japanese people are not good at saying 'No'".

The communication way of Japanese is indirect and subtle because direct rejection is rude in Japan.
The rejection hurts the other one's feeling or mood,
so, we hate that.  Yes, it because as a huge core of Japanese thoughts we've been educated that we always must have deep compassion for the other's feelings most over own.

Of course, everyone is different. Depends on a person.
But, you know what I mean, right? 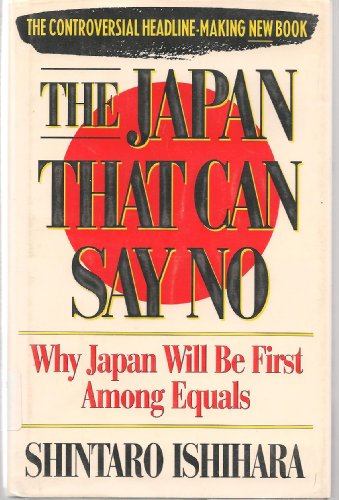 The Japan That Can Say No: Why Japan Will Be First Among Equals
Read more detail at below... ↓
Amazon (JP)
CHECK !!

Are there any more reasons for sexless Japan? There are some lists about Japanese lifestyle/tradition impeding sex life.

Japanese summer date, how to make it in this COVID-19 situation? Here is the idea for that!
スポンサーリンク
Home
Ask Japanese women!
Why Japanese people are bad at saying “No”？