Men or women,
which causes that?

Sexless Japan because of Japanese men?

When foreign guys are living in Japan, they wonder why Japanese girls are trying to be cute than sexy, right?
Even the late 20s or 30s adult women are trying to do so in Japan.
That's weird, but, very symbolic Japanese culture.

I'm afraid, but, I say… the cause is Japanese men.

In Japan, most men tend to choose his serious partner or wife using the criteria such as "domestic woman", "tender-hearted woman", "ladylike", "good mom", "a girl who needs his protection"…

Yeah, there are NOT "intelligent", "independent", "SEXY" which are usually listed by the men in other countries.

Here is a Japanese COMMON joke.

Funny!
But not funny… Right?

Although every couple is not the same, most Japanese may admit this insane system has been established in Japanese society.

Moreover, one more reason which aggravates things is a Japanese men's classic sense.
It's like coming from SAMURAI virtue.

"The Japanese men have to be brusque,
awkwardly, manly!
To treat women romantically,
it sounds effeminateness but not cool!
Or it sounds like a flaky shallow playboy."

I like SAMURAI virtue about other parts, but,
I never agree with these ideas.
Ridiculous!
Because of such an old mindset,
most Japanese men are not good at treating women romantically or making a romantic mood.

At the same time, there is another old idea that Japanese girls should not be initiatively sexual or not be openly sexual because men dislike such a shameless manner.
It's like taboo. 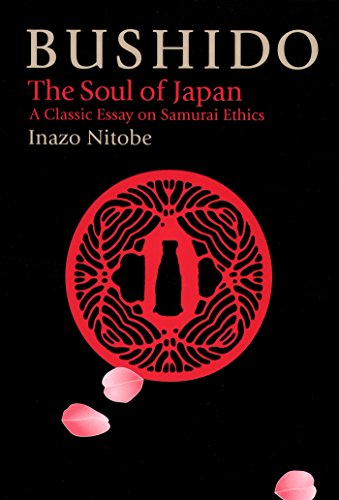 Bushido: The Soul of Japan (The Way of the Warrior Series)
Read more detail at below... ↓
Amazon (JP)
Rakuten (JP)
Yahoo! (JP)

How can romantic activities happen?

Let's say it frankly,
(I guess there are some criticisms, though…)
the cause of this sexless problem is
such a Japanese guy's behavior.

Interestingly,one research in Japan conducted to the sexless couples says,
while the men of 21% answered they are not satisfied with their sex life, the women of 43% answered so.
Over the double rates more than men!

If guys DON'T require girls only to being "domestic" or "ladylike" or "good mom", and
if guys lead romantic mood and praise the girls' sexiness …

If the men can change women's mindsets
like "no need to think that being sexual is shameless",
"being sexual together is simply beautiful"…

Japanese girls will be able to proud of being sexy,
and they are probably released from their frustration.

Guys, unless you treat Japanese girls like Japanese guys do, it's kinda unlikely that you and she become a sexless couple.Make sense?

How to overcome the Language Barriers in dating in Japan

What language barrier for Japanese girls is like? The best way to overcome?

If you wanna have a Japanese girlfriend, you have to learn Japanese original Dating-Culture "Kokuhaku (告白)" more!

Data shows, in Japan, you can be an alien from space if you are a foreigner. So...
スポンサーリンク
Home
Ask Japanese women!
Sexless Japan. It’s a Japanese men’s fault!?